Two buildings  known as the symbols of Adana were Taşköprü and Büyüksaat for many years. Sabancı Merkez (Central) Mosque, whose construction was completed in 1998, has been the symbol of Adana since then. It remained the largest mosque in Turkey until the Çamlıca Mosque was opened for worship in 2019.

Sabancı Merkez Mosque can be seen from many parts of Adana, because  city is  generally  flat –and the mosque has  high minarets. It is likened to the Taj Mahal as it was built right on the banks of the Seyhan River.

The construction of the mosque was completed with the support of the famous rich family Sabancı. For this reason, the name of the mosque, which was originally planned as Merkez Mosque, was changed to Sabancı Merkez Mosque.

Sabancı Merkez Mosque has long been known as the largest mosque in the Balkans and the Middle East with its dome height and a capacity of 28,500 people. The mosque, which carries the traces of classical 6 minaret Ottoman architecture, is compared to the Blue Mosque in general appearance and to the Selimiye Mosque in terms of interior structure and plan.

The numbers and measures used in the construction of the mosque point to many important numbers in the Islamic belief:

The tiles of the mosque were brought from Iznik. The 4 panels with verses on the qibla side of the mosque are known as the largest mosque panels in the world.

Sabanci Merkez Mosque  directions Information. How To Get To The Mosque?

To go to Sabancı Merkez Mosque by private car, you can either park your car on Fuzuli Street or use the car park under the mosque. Afterwards, you can easily visit the mosque with a short walk.

The best times to visit Sabancı Merkez Mosque are when the sun decreases in the afternoon and the setting sun creates impressive views over the Seyhan River and Merkez Mosque.

Since Sabancı Central Mosque is located in the historical part of Adana, there are many historical and touristic spots nearby. Starting from Oil Mosque all can be visited respectively as Kazancılar Bazaar, Adana Clock Tower, Ramazanoğlu Mansion, Ziyapaşa Park, Grand Mosque, Girls High School, Taşköprü, Cinema Museum, Atatürk Museum, Tepebağ Houses, Sabancı Central Mosque, and Adana Merkez Park on foot. Visiting these places ​​in a suitable weather will be a pleasant walk that takes tourists to the past. 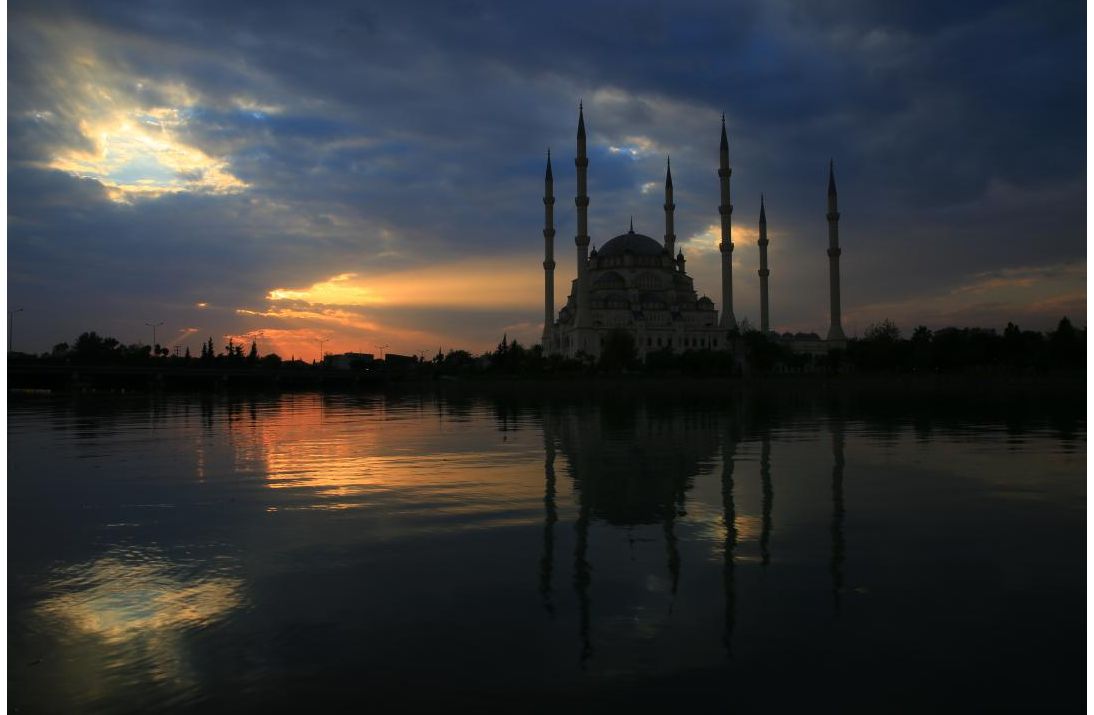 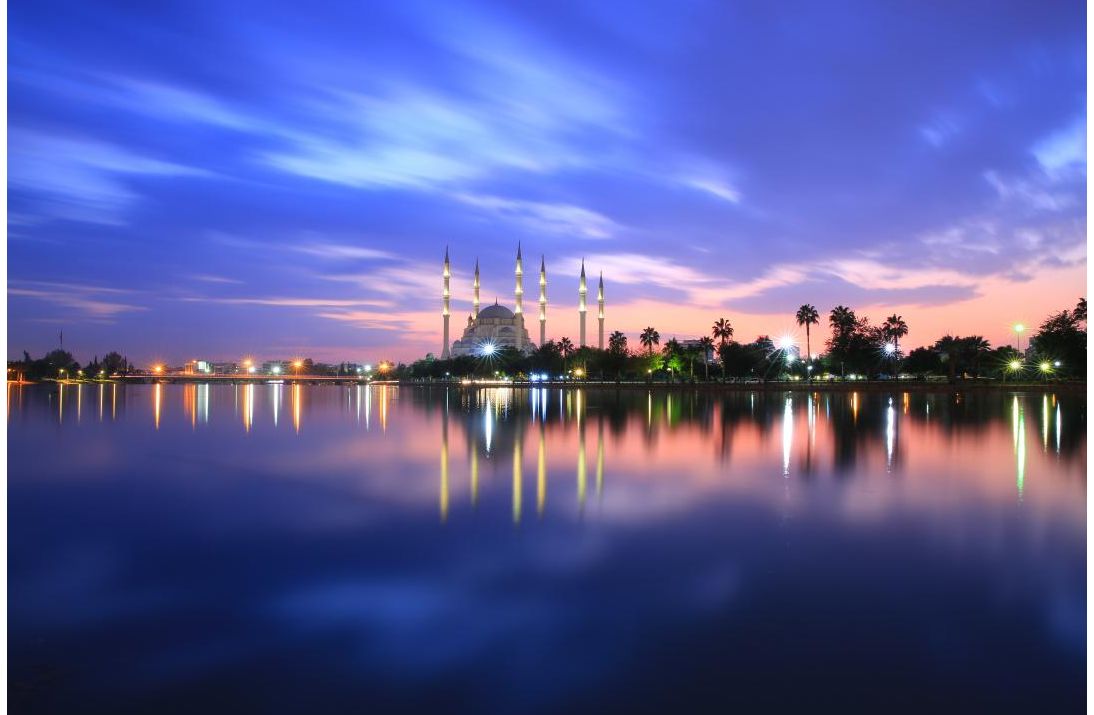 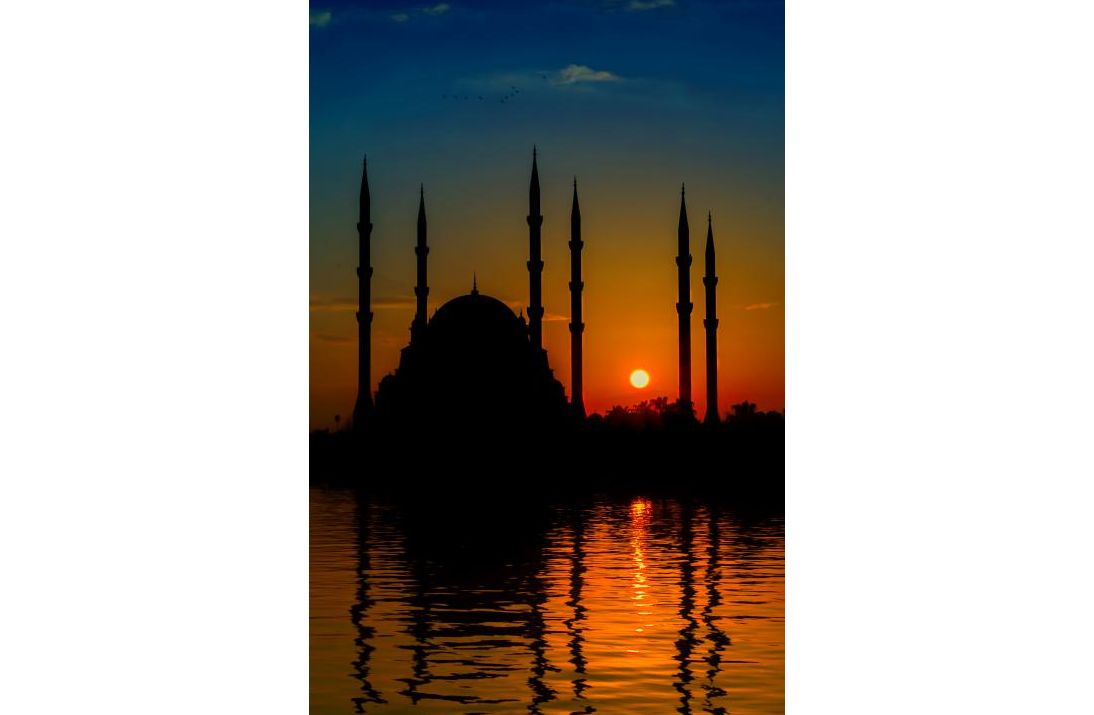 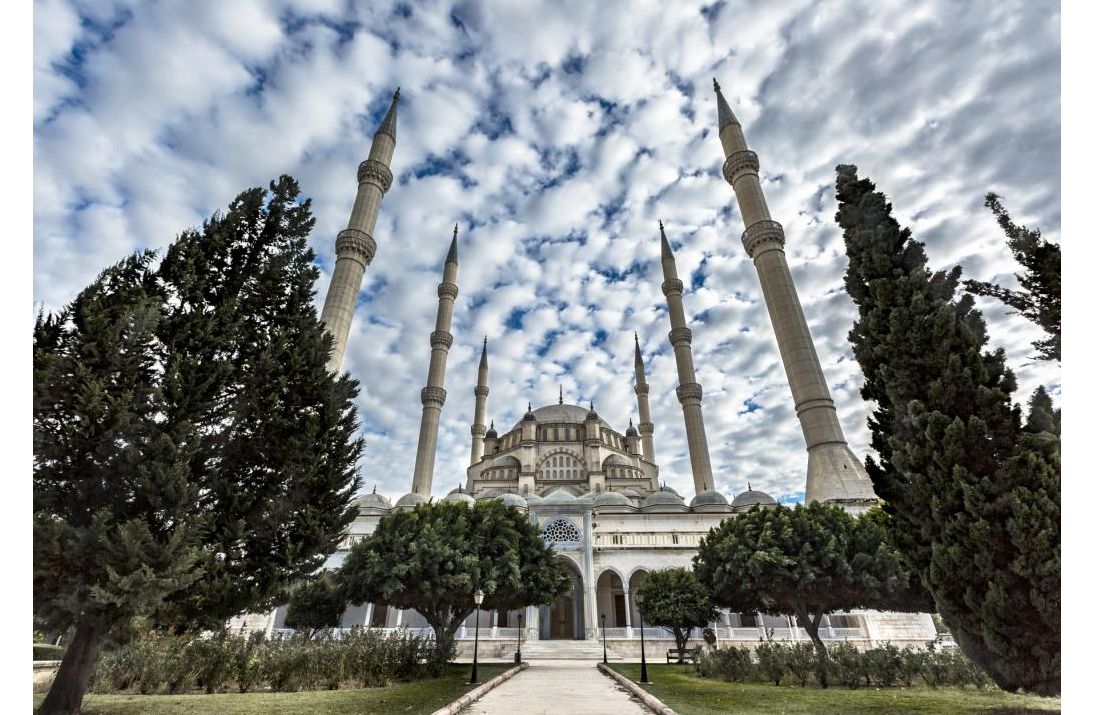 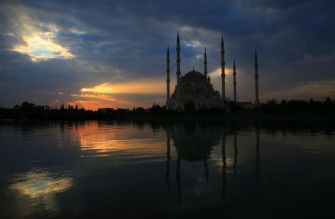 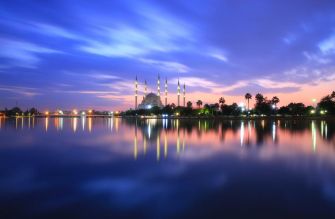 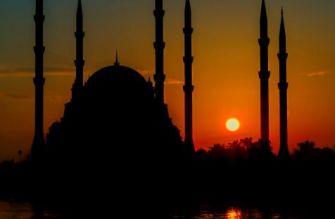 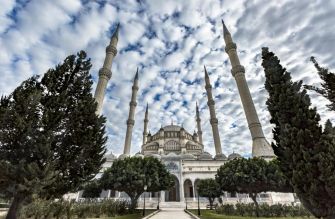