Adana Museum, which is one of the 10 oldest museums in Turkey, moved to new building because of  the insufficient capacity.

With the arrangement of the derelict building of the National Textile Factory, one of the pioneers of the old period Adana industry, this place was put into service as Adana New Museum Complex in 2018. The museum operates on an area of ​​12,500 square meters today. And it will be the largest museum in the Middle East with an area of ​​65,000 square meters with the completion of units such as the City Museum, Agriculture Museum, Industry Museum, Ethnography Museum, and Children's Museum.

Adana Museum was deemed worthy of the grand prize in the category of "The most successful museum and historical site" at the Shining Star Awards 2019 Entertainment and Recreation Award ceremony, with its modern presentation, wide area and original design.

In addition to 8 halls where archaeological artifacts are exhibited in Adana Archeology Museum, there is also a shop selling Adana-specific souvenirs and a cafe with a large garden where you can relieve your tiredness after visiting.

Artifacts in the Museum

Starting from the Neolithic and Chalcolithic periods, archaeological artifacts from the Hittites, Assyrians, Persians, Hellenistic, Roman, Byzantine, Seljuk and Ottoman periods are exhibited in Adana Museum.

The works in the museum are exhibited in chronological order and according to the periods. The halls are connected with each other and proceed in order from the past to the present thus offering the opportunity to see all the works in order without skipping any period.

One of the most striking features of the museum is that the exhibited works are illuminated very successfully when the general environment is dim and draws all the attention to the works. The successful use of lateral light in the works exhibited in the glass spaces is also used for relief, etc. It brings out all the details successfully.

In addition to the artifacts, there are informational schemes about periods and themes in the museum, as well as instructive items such as models that revive the  life at the period of history.

The museum starts with millions of years old marine fossils, includes Stone Age and later earthenware and kitchen utensils, seals and clay tablets with relief writings. In this period, terracotta technology comes to the fore; toys, figures, etc. All items are made of earth.

The God of Car Tarhunda: It can be described as the most important work in the museum. The statue of the storm god of the Hittites draws attention with its size and historical importance. The basalt stone statue is generally well preserved. Just behind the statue is a plaque that mentions the importance of the storm god in history. The inscription "I am the god of Adana" in the inscription of the statue also gives information about the thousands of years of origin of the name of the city.

Taşköprü Inscription: A daisy was embroidered with the monogram and branches of Sultan Abdülmecid, who had Taşköprü,  repaired.

Roman Senator Statue; It is thought that the human-sized bronze statue unearthed in the Magarsus Ancient City may belong to a noble person who lived in the Roman period; It is popularly known as the statue of the senator.

Sarcophagus of Achilles; M.S. The Trojan War is depicted in the work, which is dated to 170-190 years.

Mountain Crystal Sculpture: It is an artifact from the Late Hittite period.

Excavations Hall: Artifacts unearthed in Adana and its surrounding Tepebağ Mound, Tatarli Mound, Sirkeli Mound, Misis Mound, Aigai Ancient City and Anavarza are exhibited, and information about the mound/ancient city where they were unearthed are displayed right next to the artifacts.

Mosaic Section: A total of 930 square meters of mosaics excavated from the Çukurova region are exhibited here. With a very successful design, it was possible to walk on the platform to look closely at all the mosaics. Orpheus Mosaic, Noah's Ark Mosaic, and Hippocampos Mosaic are among the important mosaics exhibited.

What is the Adana Archeology Museum Entrance Fee? What days and hours is it open to visitors?

Adana Archeology Museum entrance fee is 15 TL. Museum card is valid. The museum is free to  teachers and visitors under the age of 18.

Adana New Museum Complex is open to visitors every day of the week except Mondays.

It is open to visitors between hours.

Where is Adana Archeology Museum? Directions Information. How to Get to the Museum?

Adana Archeology Museum is located in the Döşeme Neighborhood, one of the old districts of the central Seyhan District. It is in a very central location, and it is a museum where many public transport vehicles pass close by.

To go to Adana Archeology Museum by private car, when you reach Mehmet Nuri Sabuncu Road enter Cumhuriyet Street across the Double Minaret Mosque, you can reach the museum at the end of the road.

Places to be seen around Adana Archeology Museum:

Since Adana New Musesum Complex is located in the historical part of Adana, there are many historical and touristic spots nearby. Starting from Oil Mosque all can be visited respectively with Kazancılar Bazaar, Adana Clock Tower, Ramazanoğlu Mansion, Ziyapaşa Park, Ulu Mosque, Girls High School, Taşköprü, Cinema Museum, Atatürk Museum, Tepebağ Houses, Sabancı Central Mosque, and Adana Merkez Park on foot. Visiting these places ​​in a suitable weather will be a pleasant walk that takes tourists to the past. 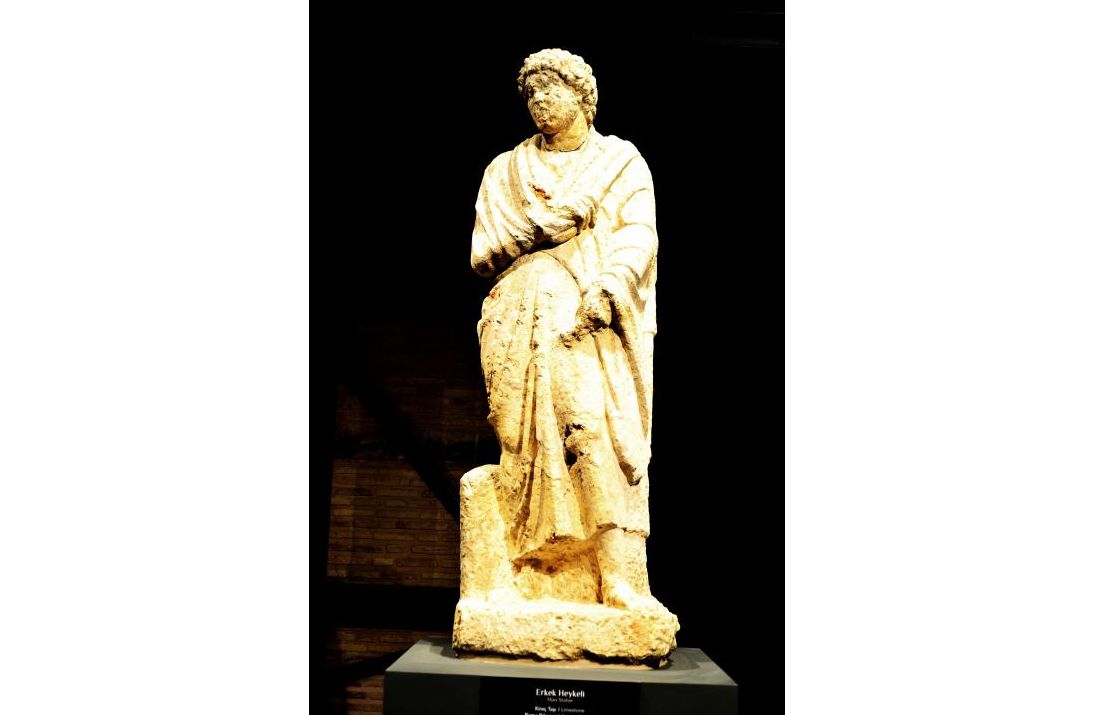 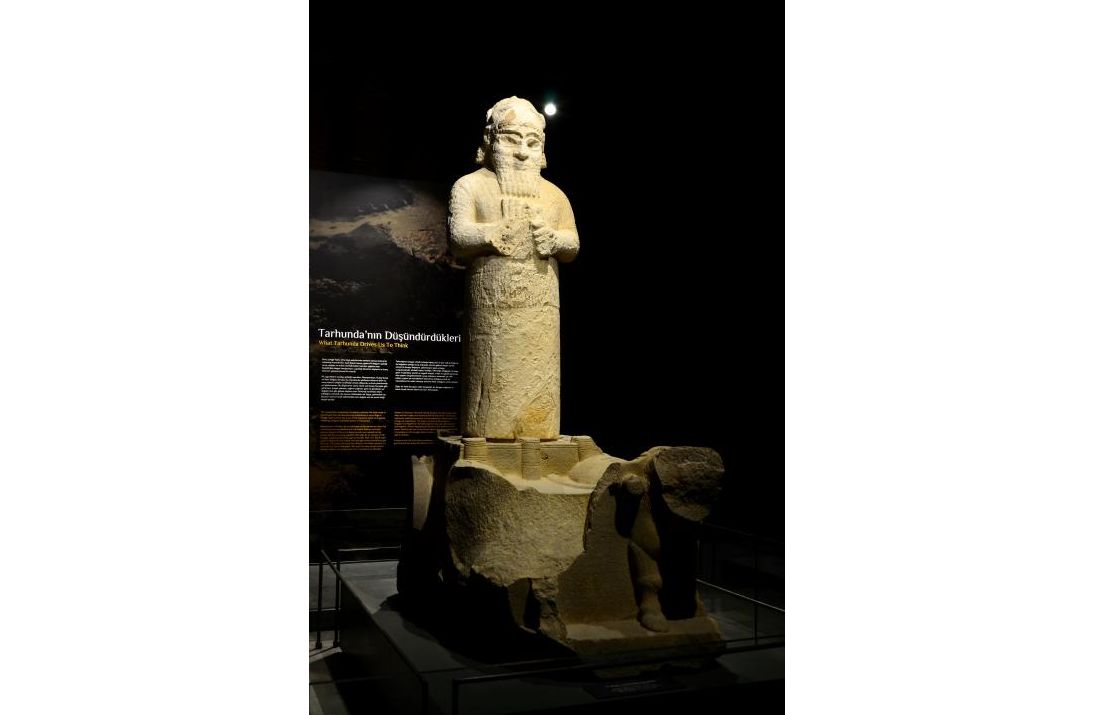 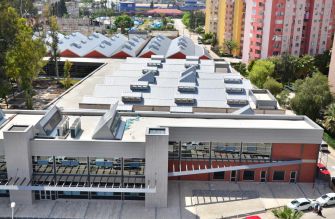 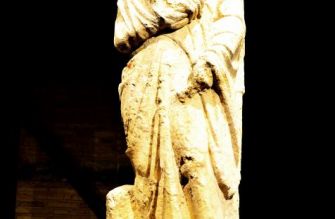 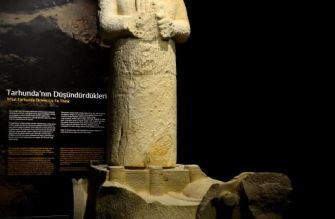